Another happening week in Moominland is over. Matthew arrived on Tuesday, so Lana’s been reunited with her dad after two weeks apart. We’ve met some relatives, had some great meals out, been to Ikea (before Matthew arrived – lucky him) visited a housing fair, done a bit of shopping, played tennis and gone for several runs, mingled with the tourists in my own town and had an amazing brunch with friends I haven’t seen for ages!

Lana’s really thriving: during last week she’s started crawling and gotten her first tooth with the second one on its way! She’s been waking up more during the nights, but hasn’t really seemed to be in pain thank god. We’ve also slowly starting to introduce other things than breastmilk to her – but so far she really isn’t buying it…She just looks like it’s the most disgusting thing she’s ever tried, gags and spits out most of it…Think the texture is what’s bothering her the most as she’s so used to just milk. Just have to keep trying! 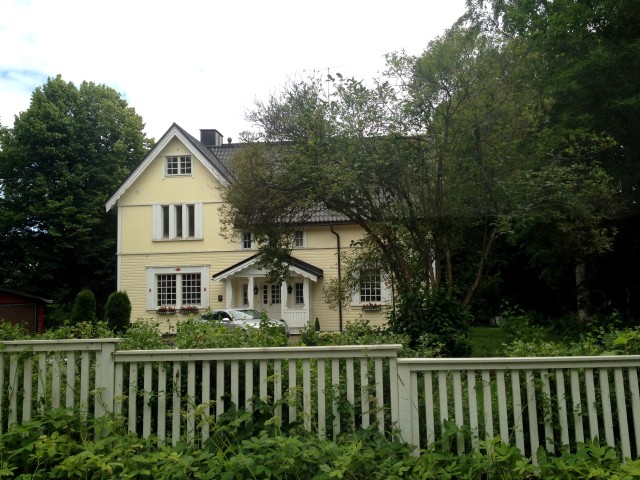 On Monday we went to see my first home where I lived until I was five. It’s a big house by the sea, and looked pretty exactly how I remembered it to be. We also visited our old neighbours (who we’re also related to) and some other relatives in the area. 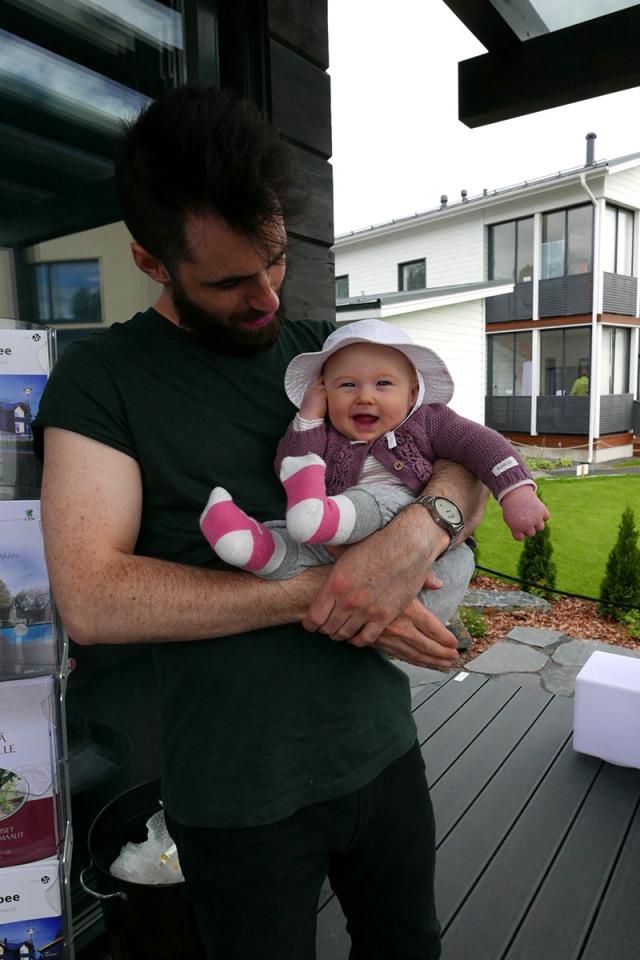 Matthew arrived safely on Tuesday evening, and after a more chilled out Wednesday we hit the Asuntomessut housing fair in Vantaa with my brother and his family. Read more about it here. 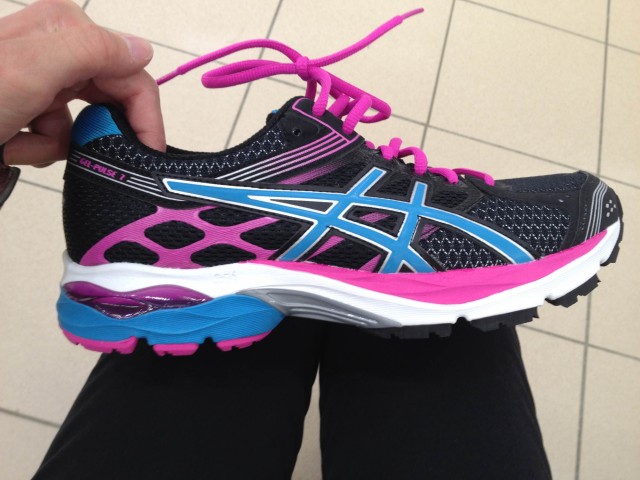 Friday was quite rainy so we decided to go shopping in Jumbo shopping centre. My plan was to buy new running shoes, but instead I came home with a few new tops, a dress and some clothes for Lana…The running shoes nowadays are just so colourful and bright that I really struggled to find any that were both comfy and looked good!

Matthew bought a few Swedish children’s books that he’ll use to practise Swedish with.

On Saturday we walked into town, had lunch in old Porvoo and then wandered around taking photos of this picturesque little place! 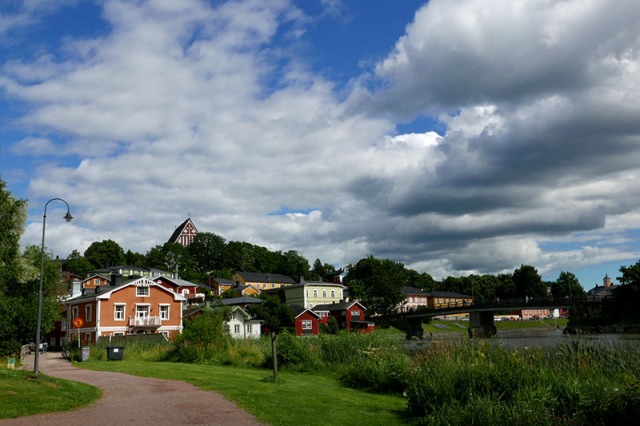 You can see the cathedral in the back.

We had lunch at a restaurant called Gabriel’s. Matthew went for a pizza with passion fruit creme and popcorn on it – and apparently it was a winner.

On Sunday we got up early, borrowed my brother’s car and drove to Helsinki to meet some friends for brunch at Sandro’s – one of the best brunch places in town they say. I totally agree! Just a shame I didn’t take any photos….The company was pretty awesome too 🙂 Some lovely mermaid posing going on here! 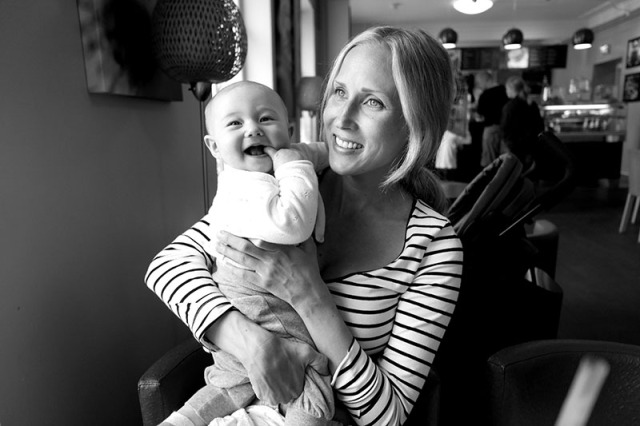 Afterwards we wandered around for a while and then headed back to Porvoo for dinner at my folks. A great week all in all!

They say this week is finally going to be warmer 🙂 Bring on the summer!

To Maya literally anything can be a baby, such as

One of my favourite buildings in Helsinki 🤩 (Th

Summer is back - just in time for my holiday 😎