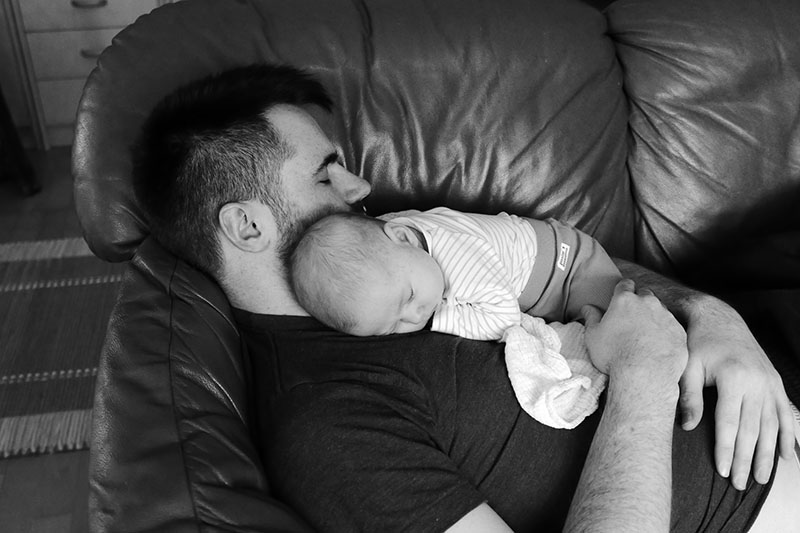 It’s Father’s Day today in the UK and I just wanted to take this opportunity to share with the world what a wonderful father Lana has.

Matthew has always known that he wants to be a dad and it was, in fact, he that first started talking about the possibility of us having a baby. I’m glad we decided to give it a go as I couldn’t have asked for a better father for our child. He is the most loving, responsible and fun dad – I just love watching him playing with Lana and making her laugh.

He’s the proudest of dads – which I’m sure anyone who’s seen him with Lana (or is friends with him on Facebook) can’t have missed. He’s made me bring Lana to his work several times just so he can show her off to his workmates and we go and meet him for lunch often so that he can see his daughter. He’s one of those hands on dads who’s been involved from the start, which I’m so grateful for.

For the past 3 weeks he’s also had to do most of the housework, cooking and looking after Lana – which I’m pretty sure most dads would find quite tough! So respect and I’m proud of you Matthew! Next Father’s Day I’ll make sure I don’t have a broken wrist so that I can spoil you 🙂

Thank you for being the best father Lana could’ve wished for.

Finally we have some furniture on our terrace - wh

Princess Maya and one of her servants 😏

To Maya literally anything can be a baby, such as

My favourite spot in Oodi library. Felt good to be

A while back the lovely @mariatatalova , who works